Herceg Novi is referred to as town of sun and greenery. It is located in the southern part of the Adriatic coast, at the entrance to the Bay of Boka. There are over 200 sunny days per year, with the average temperature of over 20 Celsius degrees. The town was founded 600 years ago (in 1382). Today it is adorned with fortresses from the Turkish, Venetian, Spanish and Austrian period. Some rare specimens of flowers and ornamental plants grow there. The town has over 250 species of exotic plants originating from all continents, which give it a special feature and appeal.

Exotic species such as mimosa, agaves, cicadas, magnolia, eucalyptus, araucaria have successfully gone through adaptation to our climate and together with the autochthonous vegetation represent a unique beauty. The most beautiful natural park is called Savinska dubrava with monuments from the past and recent history of this town. At the same time when in the winter on the slopes of the nearby Mount Orjen ski competitions are organized down by the sea mimosa is in blossom and the traditional event “Mimosa Festival” takes place on Herceg Novi riviera. Thanks to the natural beauty winter tourism is particularly developed. Health tourism is developed in Igalo, where the famous Institute of Physical Medicine and Rehabilitation “Dr. Simo Milosevic” and Center ‘RVI’ ( mineral water and medicinal herbs are used) are located, and for recreation along the coast there is an attractive promenade ‘Pet Danica’ (Igalo-Meljine – 7 km long). The city has the Heritage Museum, Archives and Art Gallery. Water sports are developed. Herceg Novi has a large number of beaches most of which are located near the hotel. In the vicinity of the town are numerous picnic areas, which you can reach by buses, ships or boats. If you want the holiday to remember something unique, we encourage you to visit the nearby picnic area and feel the spirit of Herceg Novi. In the afternoon hours, you can enjoy all kinds of foods and drinks that are being prepared just for you in the numerous restaurants and cafes. 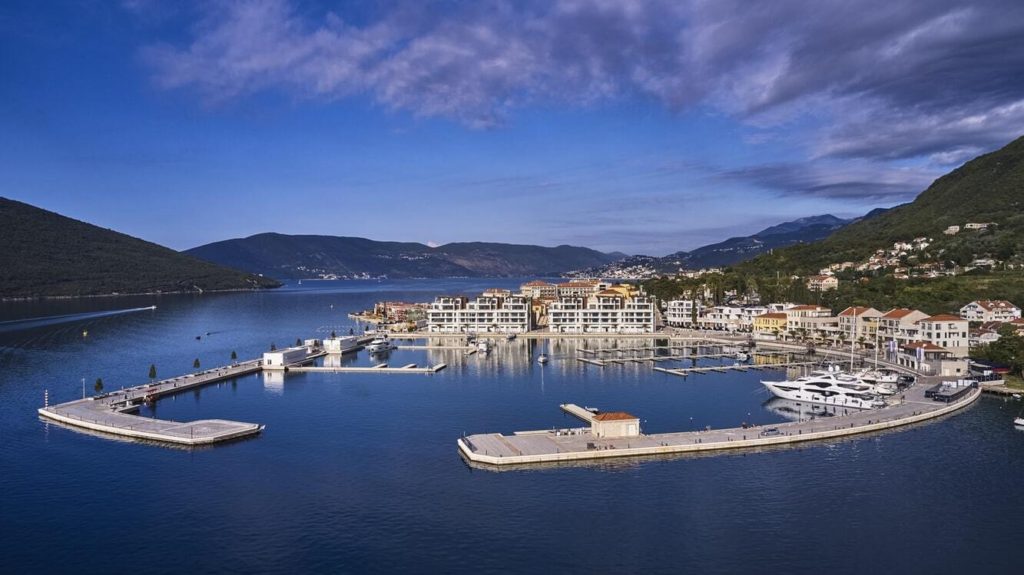 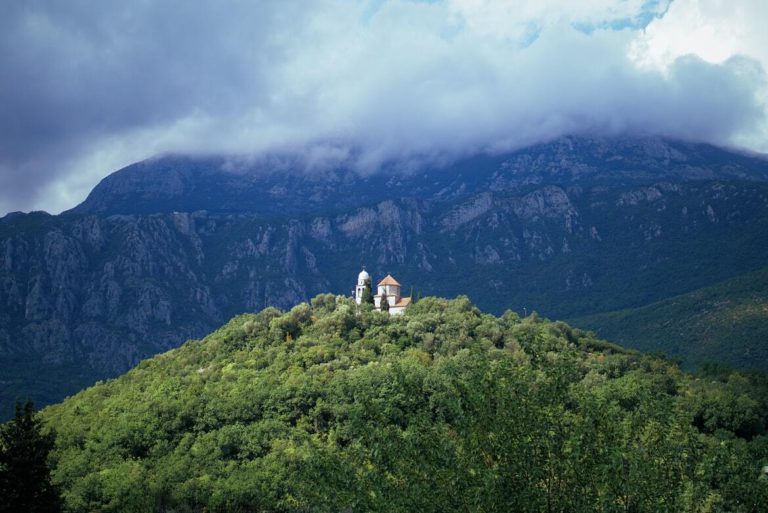 Archeological findings from Luštica had marked the beginning of the civilization in this region. They originate back from the Neolithic Age and early Bronze Age. Illyrians were the first inhabitants of the town. Commercial opportunities attracted Greek traders in the 5th century B.C. Having defeated Illyrians in the 3rd century A.D. the Roman Empire took over this region. After the fall of the Western Roman Empire, in 476, Byzantium ruled for six centuries. In the 7th century, the Slovenian tribes densely inhabited this region and around the area of today’s Herceg Novi, Dračevica parish was formed. From the 10th century, Dračevica loses its independence, as it became the prey of the Dukes of Zeta, but not for long because the period of the reign of Nemanjić family was coming. Upon the death of Czar Dušan, Dračevica was governed by Duke Vojislav Vojinović, and later on by Balšić family.

The town of Herceg Novi was founded in 1382, when Bosnian ban (provincial lord) King Tvrtko I Kotromanić instituted it in the Bay of Topla, with an intent to give it a commercial, maritime and craft role, and named it Sveti Stefan (St. Stephen).

As one of the youngest cities on the Adriatic coast, it was called Novi (New), Castrum Novum, Castel Nuovo. It acquired its current name during the reign of Herceg (Duke) Stjepan Vukčić Kosača when the town experienced its greatest progress. The Turks conquered it in 1482 and, with a short pause between 1538 and 1539, when it was overtaken by the Spaniards, they ruled for about 200 years up until 1687.

After that, many nations and civilizations dwelled on its soil, leaving deep traces of its history, culture and overall development. After the Turkish rule, the city was conquered by the Venetians, who reigned until the end of the Venetian Republic in 1797. From then on, there were frequent changes in the administration of Herceg Novi.The Austrians ruled until 1806. Hereafter, the administration was overtaken by the Russians, until 1807, and then the French governed until 1814. In the period from 1813 to 1814, the city was temporarily administered by the government of Montenegro and Bay of Kotor. From 1814 to 1918, the city was under the Austria-Hungarian administration.

Then the Serbs, Croats and Slovenians united to form a kingdom, which was many years later called Yugoslavia, and in 1923, the Bay of Boka was annexed to it. After capitulation of Yugoslavia, the city was occupied by the Italians, then the Germans, until its liberation on October 28, 1944. Cultural and historic treasure of the city is kept in a Museum and City Archive, next to Kanli fortress, which has a summer stage.

Town music orchestra exists since 1866. Painting tradition in Boka is very strong, especially in Herceg Novi. It is famous Gallery ‘Josip Bepo Benkovic’, was founded in 1967.

Public institution for cultural development, was set up on February 24, in 1992, and in July 1994, it was unified with the Film Enterprise “Orjen”. Its basic activity is to devise festivals and the organization of cultural-entertainment life and program in the city. They are responsible for the following festivals “Mimosa Festival”, HAPS, “Sunčane skale”, “Herceg Novi Film Festival”.

Opened since 1956, from the moment when the archives’ material were returned from Zadar, where Italians had taken them during the World War II. The original edifice was built in 1885 and was seriously damaged in the catastrophic 1979 earthquake. Soon afterwards it was renovated and further developed. The Archives covers an area of 700 m2 with state-of-the-art equipment. Within the Archives, there is a library and a reading room which is opened on daily basis. The oldest document in the Archives dates back to 1685. Library comprises about 30,000 books and about 1,000 periodicals.

The Library encompasses over 30,000 books. The most significant are legacies of DUŠAN PETKOVIĆ (5,000 books) and VELJKO RADOJEVIĆ (1,500 books), as well as books given as gifts by prominent families of Doklestić, Daljev, Lučić, Subotić… A heritage collection has been formed as well.