Step aside, Dutch people. Montenegro is the tallest nation on Earth 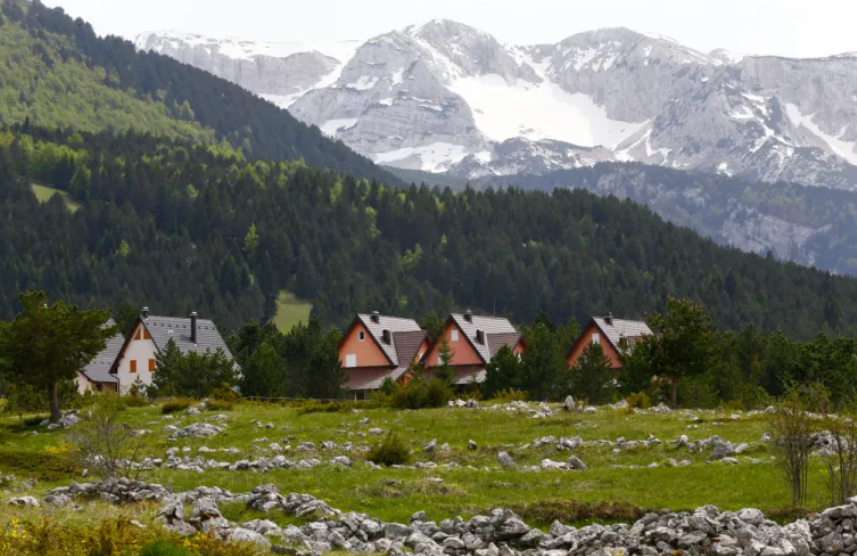 The Dutch are the tallest people on Earth, right? Wrong. A recent study demonstrates that the inhabitants of the Dinaric Alps — a mountain range running across the countries of former Yugoslavia — are taller. And new data suggests the tiny mountain nation of Montenegro may already be the world’s tallest.

Mapping the Mountains of Giants

The exceptional stature of these mountain dwellers has fascinated anthropologists since the end of the 19th century. In a recent article in Biology called “Mapping the Mountains of Giants,” researchers from Masaryk University in Brno (Czechia) and the University of Montenegro in Niksič present the fullest picture yet of body height differences in the former Yugoslavia and Albania.

According to their data, 18-year-old men from Montenegro are currently the tallest in the world (182.9 cm; almost exactly 6 ft), surpassing their Dutch peers (182.4 cm; 5.98 ft) by half a centimeter (about a quarter inch).

Even so, the Montenegrins don’t stand out among their neighbors. The 18-year-old men from Dalmatia, the southern region of Croatia, measure 183.7 cm (6.03 ft). In Herzegovina, they average 183.4 cm (6.02 ft). In a small, contiguous belt connecting Dalmatia via southern Herzegovina to central Montenegro, the average height is even above 184 cm (6.04 ft).

Unlike Montenegro, Dalmatia and Herzegovina are part of larger nations (Croatia and Bosnia-Herzegovina, respectively) with lower height averages. That pattern of strong regional and even local differences was already apparent to the administrators of the Austro-Hungarian army, who recorded the height of their recruits.

Diet and genetics, not minerals

However, recruits from Tuzla (171 cm; 5.61 ft) were shorter than those from neighboring Herzegovina (175 cm; 5.74 ft). And after World War I, research in the Durmitor Mountains (in northwestern Montenegro) into males aged 18 to 40 gave an average height of 176.7 cm (5.80 ft), a stature that the industrialized nations of Northern and Western Europe reached only in the 1950s and 1960s.

Where did all that tallness come from? Minerals, suggested Harvard anthropologist Carleton Coons in the 1920s. He noted the taller people in the region lived on limestone bedrock, while the shorter Albanians lived on sandstone. The recent data suggests diet and genetics as more likely causes.

Height is a tricky trait to pin down. It is both highly heritable and very susceptible to environmental input. For an example of the latter, consider the effect of the Industrial Revolution. Among its many consequences, good and bad, was a general improvement of the nutritional situation across Europe. As a result, the average height in many European countries has increased by 10 to 17 cm (0.33 to 0.55 ft) since the end of the 19th century.

Because of the dietary differences between its religious communities, Bosnia-Herzegovina provides a fascinating window into the effect of nutrition on height. Pork is a major source of protein, but its consumption is considered halal (forbidden) in the Muslim tradition. This would explain a difference in stature of 2.2 cm (0.87 in) between the major Muslim part of Sarajevo (181.8 cm; 5.96 ft), and its mainly Serbian eastern outskirts (184.0 cm; 6.03 ft). Also, in other religiously mixed parts of the country (around Gorazde and Mostar), Muslims turn out to be 2-3 cm (0.79-1.12 in) shorter than their Serb or Croat neighbors.

All the way back to the Gravettian Culture

However, as the persistence of relative tallness throughout the centuries suggests, genetics also plays a role — more precisely, the frequencies of I-M170, a very old male-lineage haplogroup that can be traced to the local Gravettian Culture, dating back to the Upper Paleolithic. The distribution of I-M170, which reaches its global frequency peak (70.9%) in Herzegovina, is a better explanation for exceptional height than the distribution of minerals in the soil, which does not match the regional distribution of tallness.

Albania is somewhat anomalous, in that Albanians don’t seem to achieve the same heights as their direct neighbors in Montenegro, Croatia, and Bosnia-Herzegovina do. However, this is in large part because of Albania’s long history of North Korea-style isolation and deprivation, which lasted from the end of World War II (1945) to the fall of communism (early 1990s), and which kept stature in many regions of Albania at “medieval” levels. For reference, the average North Korean man is said to be about 3 to 8 cm (1.2 to 3.1 in) shorter than his South Korean counterpart (173.5 cm; 5.69 ft).

At the top of the protein index

As Albania’s economic fortunes have improved over the last three decades, so has the average height of its citizens, as shown by the above map. While Albania catches up with its neighbors, the study discussed in Biology clearly indicates that “height means in the Western Balkans are among the highest that have ever been documented in any human group,” and judging from recent improvements in the local economies and nutritional situation, “the region… has not yet reached its maximum potential in terms of physical stature.”

Soon, well-nourished males in Herzegovina and Dalmatia could reach average heights of around 190 cm, the researchers predict. And the Montenegrins? “Judging from the measurements of recruits in the capital Podgorica born during the 1960s, the height of Montenegrin men has been increasing at the rate of 1.7 cm per decade.”

The Dutch already are at the top of the “protein index,” a ratio between the daily supply of proteins from dairy and pork/wheat, which is the strongest nutritional predictor of height. That index is generally still very low in the Western Balkans. So it looks like the Dinaric Mountains will continue to bring forth even taller giants, firmly relegating the Dutch to the title of “formerly tallest people in the world.”