HISTORY
In the second half of the nineteenth century were created the conditions favorable to build a city in Bjelopavlici. After second Omer Pasha’s visit to Montenegro, Prince Nikola in order of better trade and economic contacts of Old Montenegro with the Highlands comes to the idea of raising a market on the right bank of Zeta. That trail fallows the Senate’s order to reclaim the market from Prentine Glavice to Ceranica Glavicu – in 1863. Those were the first beginnings of the settlement, although five years after that it was only an open-air market, at Zetin gaz, with a small temporary shelters for storage of goods. 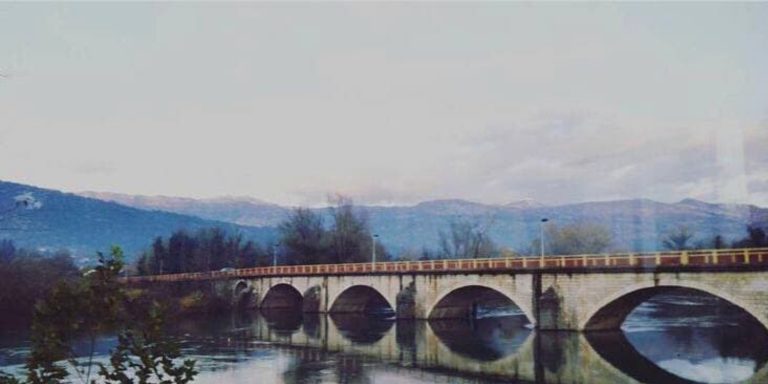 The efforts of Prince Nichola of building a new town in Bjelopavlici are beginning to be realized by engaging engineer Dragiše Milutinovic (1843-1900) – son of Simo Milutinovic Sarajlija. Upon the written legacy of engineer can be seen that in the master plan should be, besides private buildings and streets, should be made plans for certain public buildings which should have been built in the new town. Among these buildings are: The New Palace of His Holiness, Senate, Resentatives, School, Church, Tower of defense of the bridge.

In this master plan, which Dragisa Milutinovic finished in 1869, besides these facilities, were also defined the arrangement of the trough of Zeta, the main directions of roads and capacity expansion and modernization of trade. The text of the plan clearly states that the new town Ćeranića Glavica has a capacity of 15 thousand inhabitants and it is intended to place the main economic center of Montenegro.

The most important detail in an effort to connect the banks of the river Zeta and stronger linkages between Old Montenegro and the Hills is building a bridge which began in 1868, and was put into operation on 16 September 1870. In memory of his father Prince gave the name to the bridge Duke Mirko, the newly established town named by his uncle and predecessor, Prince Danilo – Danilovgrad. Maksim Šobajić, chronicler of Bjelopavlici, speaking of the further extension of the bridge says: “in 1893rd the  bridge was completed on the vaults with stone, with seven shafts of large wall length 150 meters, width 5 meters, and height 12 meters. This magnificent building in praise of King Nikola I and Bjelopavlici tribe, which has constantly worked for free.”

In 1897. (July 12) was officially opened the first water system for new settlement. Sources in village Slatina were capped and created a system of pipes to Danilovgrad, which is a huge undertaking of that time, funded by PhD Antonovič Zahrin Gregory, Professor of Medicine at the University of Moscow. The amount of funds of that generous gift,  according  to P.A. Kovinskom was 15 000 rubles, and according  to M.Šobajić 18 000 rubles.

During those years Danilovgrad rapidly got its infrastructure. Accordingly, the number of inhabitants increased. According to some data, in 1872 there were 100 inhabitants, until 1875 the population has quadrupled, and in the mid-30’s of XX century in Danilovgrad lived over one thousand inhabitants. The enlargement of Montenegro after the Berlin Congress makes Danilovgrad lose its attractiveness, and this progressive momentum moves into the cities that were under Turkish rule until 1878.

Some old buildings changed its purpose. Thus, in 1875 in the guest house of monastery Ždrebaonik moves in first agricultural school, and in 1919 the first teacher training school in the former palace Knjaz .

Purpose outlined in the master plan of Dragiša Milutinovic as the future economic and political center of Montenegro, in Danilovgrad was not achieved. Since then, the projected 15,000 citizens in Danilovgrad today lives 4427 by the 1991 census. Basically Danilovgrad has still retained the contours of the old town and the time of its emergence which is of a special cultural value.

A. Ciberovski, Polish architect, expert of the United Nations Urban Planning, in 1983. said about Danilovgrad: “You’re facing a great challenge, which consists of  protecting and maintaining the beauty and charm of your city. This modest and at the same time delicate architecture that is on the facades of buildings along your street is something you really need to preserve and maintain, in a few years it will have a cultural and historical value “…

Today, Danilovgrad as a unit of local self-government has a number of established urban settlements, which are getting more modern shape. These are: Spuž, Kosovi Lug, Orja Luka, Slap i Glava Zete, Komunica, Grudice, and along the main routes are establishing new neighborhoods and new corporate facilities. These are the demands of the times and the same will be regulated by the new spatial plan which is being prepared.

The rich cultural heritage of Danilovgrad is reflected in significant cultural and historical monuments, archaeological sites, as well as a considerable number of artists – artists, scientists, philosophers and their works, whose creative achievements exceed the space that it has spawned. The attitude towards these values essentially determines our attitude toward culture in general. It is the foundation that seems relevant to the development of culture in our community.

Most of the cultural activities are related to the Cultural Centre, which is like a public institution founded in 1965. In the Centre of Culture there are three operating units – RJ Display – stage activity, RJ Museum and RJ of Physical Education, Sport and Recreation. The most significant project of work units of Display –  Performing Arts include: literary events, festivals, book launches, literary evenings, debates and lectures, documentaries evenings, theater performances for children and adults, concerts and fun artistic program. We emphasize literary event: “The coast of the poet,” which was attended by prominent writers from Montenegro and Yugoslavia, traditional cultural and recreational sports event “Rijeka Zeta”, children’s poetry festival “Along green Zeta” … Cinema “Zeta” works as a part of the Cultural Center. It was founded in 1947 and shows movies of various genres of films most pressing domestic and foreign production.

City museum and library are located in the building of the old palace built Knjaževog 1873/74. and the first teacher-training school in Montenegro (1919-1929). The library fund library “-Michael Vukovic Miho” is 12 500 books. Legacy of a library is established in 1987. The fund has a registry of 4,500 books. Legacy has a library and 100 books that are old and 100 years and subject to regulation by the Institute for Cultural Heritage Protection of Montenegro, and each one is recorded as a museum piece.
Typologically belongs to the Museum complex and the museum as the only institution for the preservation and care of our cultural heritage includes seven subject collections and exhibits, 2400. The Museum building is located reconstruction of the altar of the central nave of the basilica with Gradine martinićke.

The favorable geographical position and climate, beautiful nature and a significant number of cultural and historical monuments and archaeological sites provide a real possibility of focusing the on this business area.
Mountain area of the region above 1000 m above sea level, covered with trees, with beautiful landscapes, provide opportunities for the development of mountain tourism. Excursion and weekend place Studeno is particularly attractive for visitors.

When it comes to religious tourism, we in particular draw attention to two important cultural, historical and religious monuments:
Ostrog Monastery is one of the most visited monasteries in the Balkans. It is visited by the groups and singles from all over the world by members of different religions.
The relics of St. Basil of Ostrog – Orthodox, Catholics and Muslims are considered miraculous. It was established in the early second half of the seventeenth century, the Metropolitan of Zahumlje-Herzegovina Vasilije Jovanovic, later called St. Basil.

It consists of two cave churches – Lower and Upper. The Lower, according to the sayings was built by Bishop Vasilije and dedicated to the Presentation of the Blessed Virgin Mary, and Upper to Holy Cross. 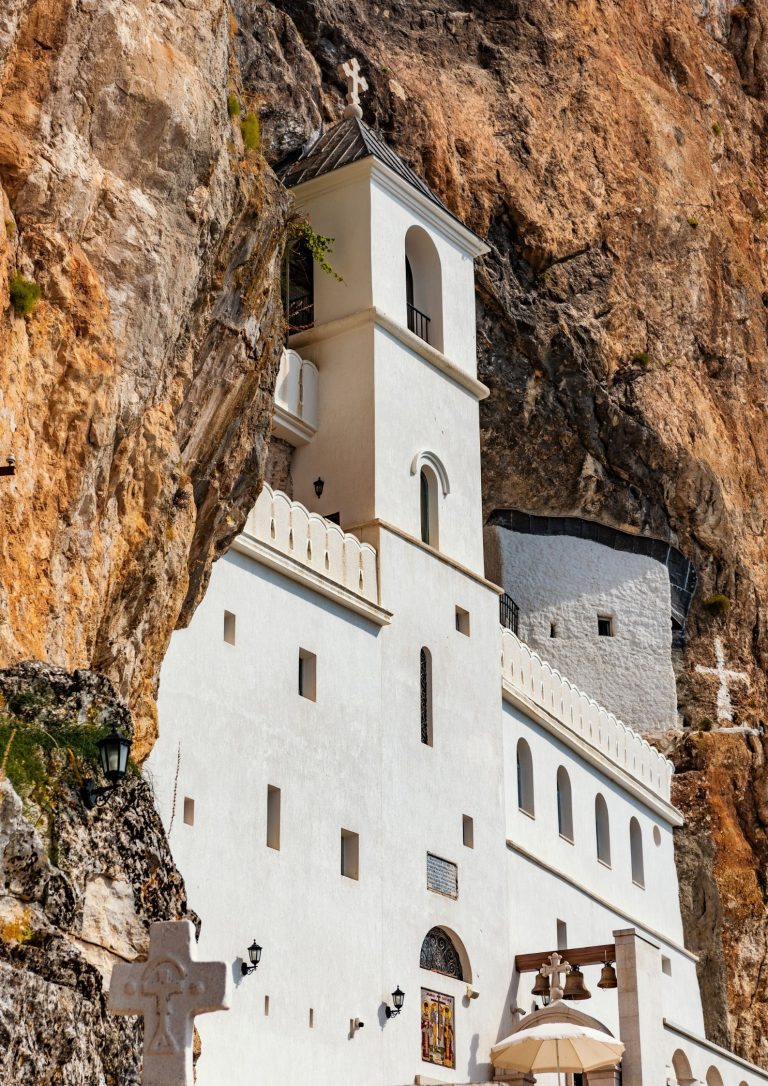 Ždrebaonik Monastery is located two kilometers from Danilovgrad and it is the endowment of Nemanja’s son Vukan. Thanks to its central location and beautiful location, Ždrebaonik was for centuries conciliar and rendezvous of all Bjelopavlici. The church of this monastery is also the parish church. Protector of the church is St. Arhanđel Mihailo, and in the church are the relics of St. Arsenija- Sremskog, the first successor of St. Sava.

Tourists from home and abroad are coming thanks to tourist agencies which are working with the blessing of his bishop and authorized by the call of Metropolitan.

Hunting tourism relies on hunting and economic grounds. Boundary of hunt coincide with the boundaries of cadaster of municipality Danilovgrad. The hunting ground is in the area of 50,000 hectares and it consists of hunting andnon-hunting surface. 1/4 of the total hunting area is banned.

With the shooting plan of animals for inotourism is planned the extraction of the following quantities of animals by type:

Tourists-hunters come in groups and individually, mostly from Italy, Serbia and Vojvodina.