Vivid and in many ways unique Skadar Lake is situated in Zeta-Skadar valley, keeping contact with the river Bojana in the Adriatic Sea, from which it is separated in the distant past by a chain of high mountains. With an area of ​​370 km2 to 530, depending on water level, is the largest lake on Balkan. Montenegro owns 2/3 of Lake, while 1/3 of the territory is owned by the Republic of Albania. The Montenegrin part of the coastal waters of the lake, area of ​​40,000 ha, was declared a national park in 1983. year. Skadar Lake is separated from other national parks as an area with distinct limnological characteristics, exceptional richness of bird fauna and ichthyofauna and luxuriant swamp vegetation type. It is one of the most interesting biotopes of the area. The lake is crypto, which means that some parts of its bottom are under sea level. Such places are called sub-lacustrine springs or eyes. There are about 30of it. The deepest “eye” Raduš is 60 meters deep, some data say it is deeper, while the average depth of the lakes is around 6m. Its coasts are indented and rich in numerous bays, peninsulas and capes, mostly swampy, covered with a broad belt of reeds. Plant life is rich and varied. Besides the picturesque marsh plants, is particularly interesting kasoronja Trapa longicarpa ssp. scutariensis, while clear water is adorned with white and yellow water lilies. Only the southern part of the shoresa re rocky and are keeping the relict forests of chestnut. There are numerous small islands, so called hills. They are low, rocky and overgrown with laurel, ivy, wild pomegranate and shrubs. As an important habitat for waterfowls, Skadar Lake is at Ramsar Convention 1996th enrolled in the World list of wetlands of international importance. Due to preservation of the ecosystem and inaccessibility of some parts of the lake, especially along its northern shore, Lake Skadar is a “bird haven” for 264 bird species, many of which are in most of its range, depleted and endangered. In Europe, a rare Dalmatian pelican Pelecanus crispus has become the trademark of the lake and national park. Data about richness and diversity of ichthyofauna show that in the water basin of Lake Skadar are 48 species of fish, while in the water which covers the national park is inhabited by 39 species of 44 registered so far. In addition to native species such as carp (Cyprinus carpio) and bleak (Alburnus Alburnus alborella) interesting is the presence of some sea, such as eels, mullet, lady’s smock, and kubla. Numerous cultural and historical monuments, archeological sites, monastery complexes and fortifications scattered in a wide range in the basin of Lake Skadar, indicate that even in the fourteenth and fifteenth centuries this area was an important cultural center. The special elements of cultural heritage is the traditional buildings, old uninhabited and deserted fishing village, located on the shores of the Jezera, Raduš, Krnjice, Poseljani, Karuč,, once inhabitated, people lived by fishing and unplait fishing nets.

The areas of Durmitor, a rare and authentic part of nature in terms of beauty and integrity, were declared a national park in 1952. Located on ...
Read more

THE VISITOR CENTER OF NP MONTENEGRO

The Center School is done in nature, in cooperation with elementary and secondary schools. Associates held a presentation about the natural and cultural values ​​represented in the national parks to interested visitors, and when it comes to the school population take into account their age and interests. We invite representatives of schools to contact us to agree on the term visits. 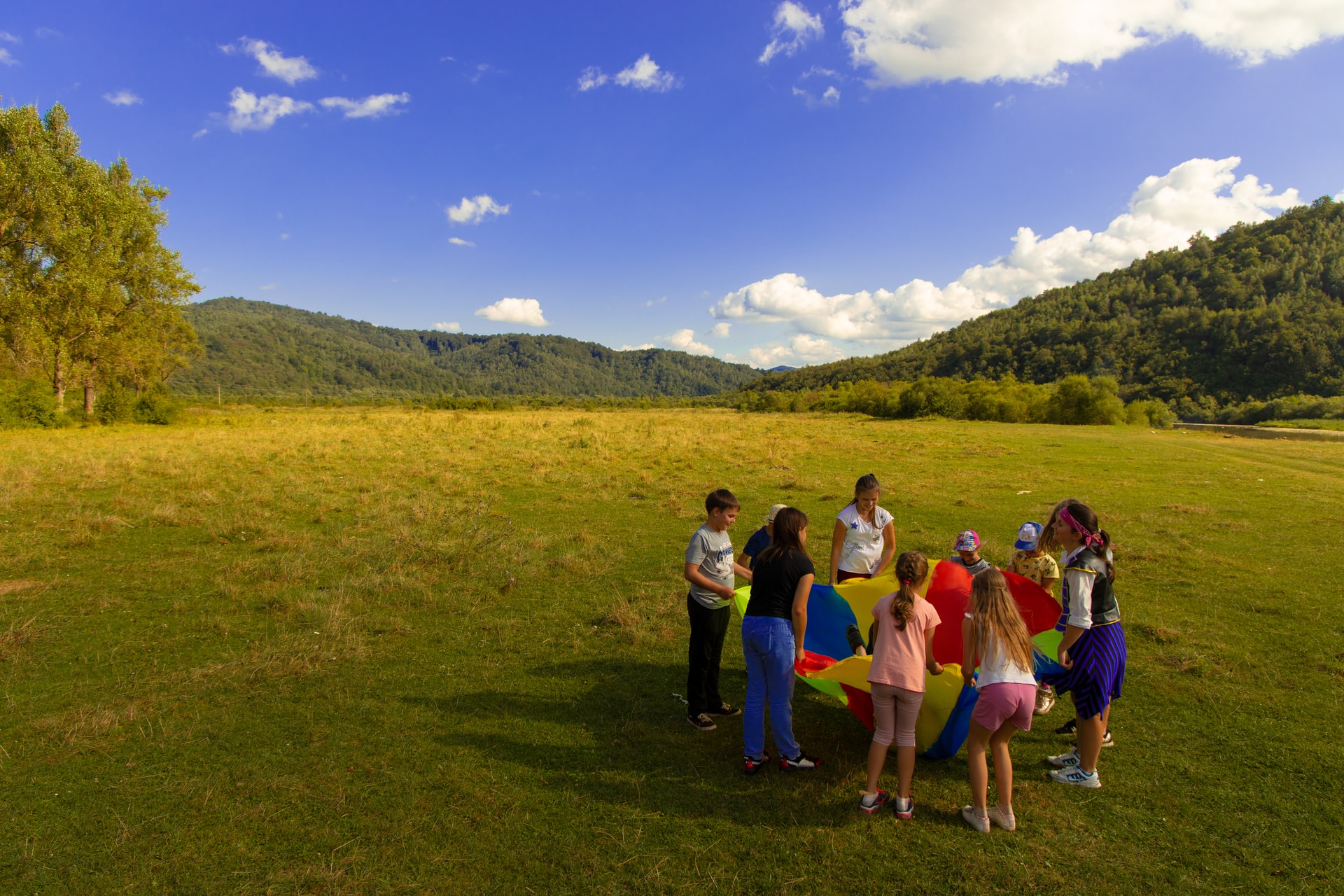 Ethno room at the Center

Different cultures and civilizations have left their marks on Montenegrin people. All together it makes a rich, unique and specific cultural, historical and ethnographic heritage. The exhibits give a picture of cultural traditions in all four national parks Skadar Lake, Lovcen, Biogradska gora and Durmitor. Centre Opening hours: during the summer tourist season – from 8 to 19 hours, every day including Saturday and Sunday; season from 08 to 16 hours 8 except Saturdays and Sundays). 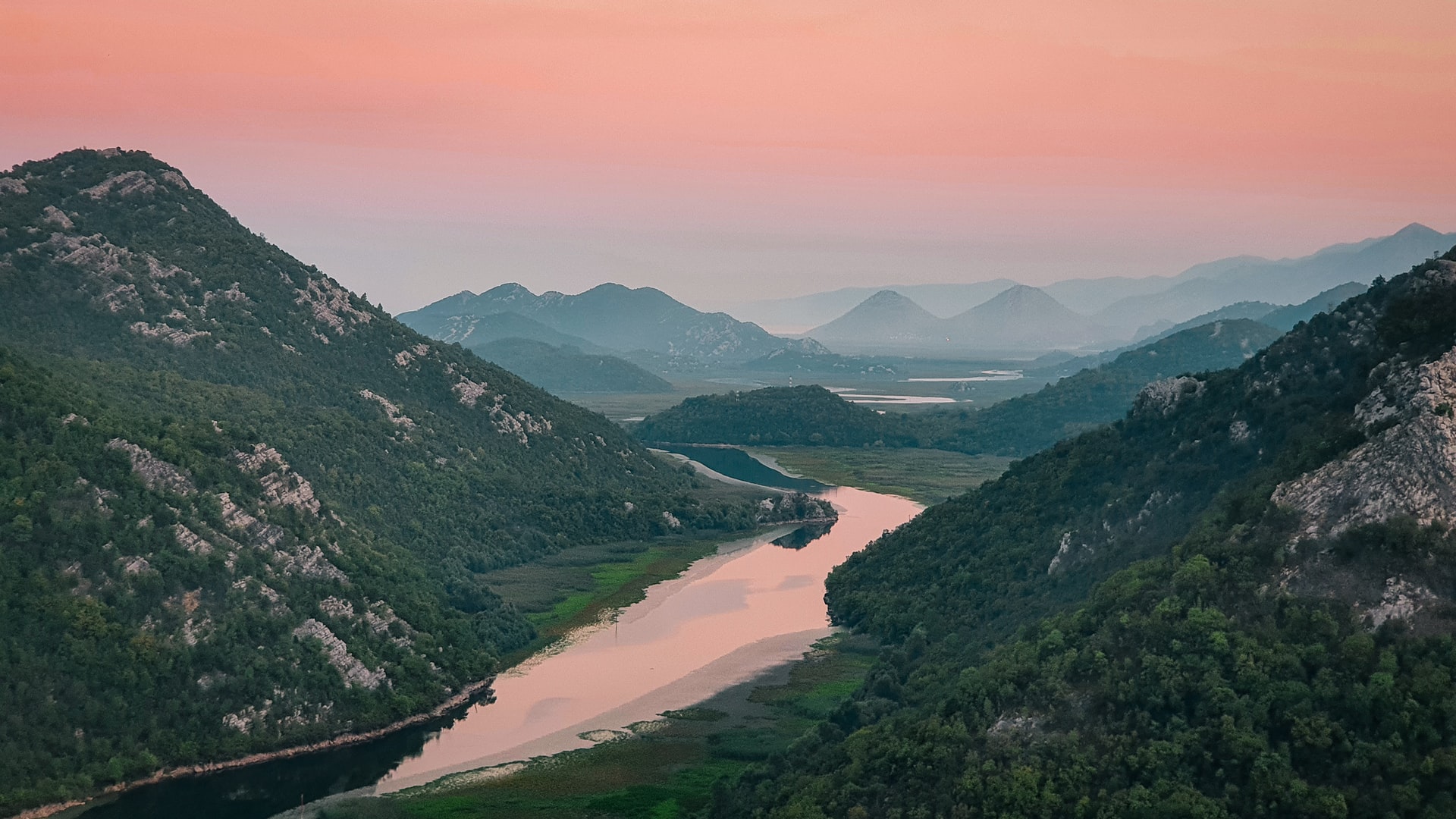 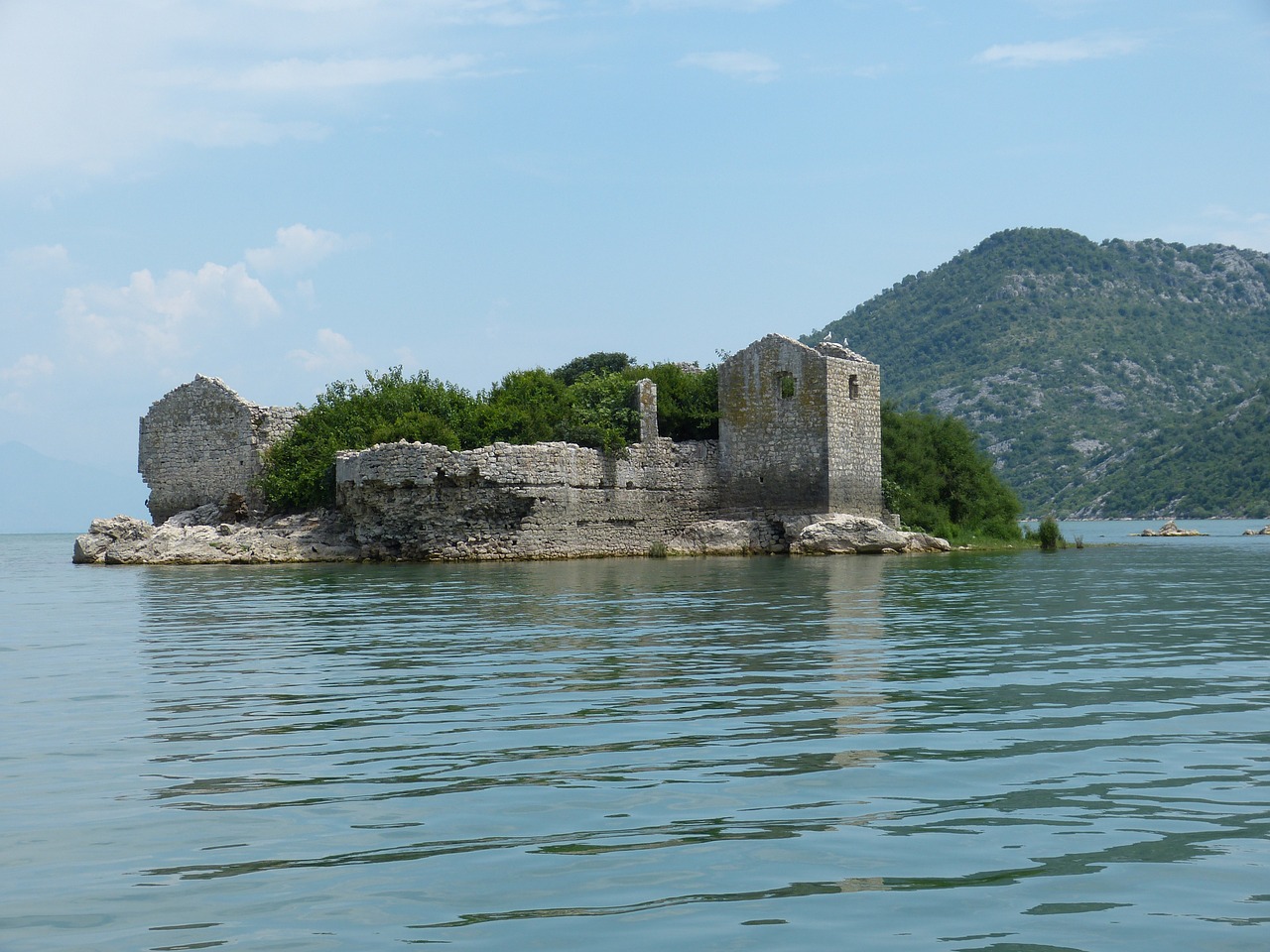 Two Center are open for visitors during the summer of 2007, one in the locality Murici and another in Rijeka Crnojevića. It is consisting of four wooden houses situated above the lake water.

The Visitor Center in the Lower Murići exhibition contains three units dedicated to cottage industry, olive industry and economy of Krajina. Folklor feature-made objects on which the manifest master the art of creativity and worth of women in this region, which are woven on looms of various fabrics and linen fabrics, clothing for everyday and festive use, costumes and more.

The variety of folk arts complement and wooden objects. Among them stand out chests and cradles rich colors painted with various floral and geometric designs. Economic activity in the Krajina were presented to the tools and objects related to traditional farming and working in the field of beekeeping, fishing, farming tobacco, grain milling and carrying loads of water and dry paths Krajina. The topic of olive processed through the story of the olive tree, its history and symbolism – the symbol of peace, stability and wisdom. Olive oil is shown in Krajina and photos viševjekovnih but forgotten Murić Lower oil mills and the neighboring village was, as the original parts of the old presses for squeezing olives from this region. There is also an inevitable stone amphorae and drinking in the preservation of olive oil in many parts of the Mediterranean where this ancient cultivated plant. The Visitor Center in Rijeka Crnojevića, placed in wooden huts on the banks of the river near the old bridge, is thematically related to fishing and boating on Lake Skadar and the story of the settlement of Rijeka Crnojevića. In all centers staff NP will provide the necessary information on exhibits, a direct contact with nature and culture of Lake Skadar can get through themed activities.

Skadar Lake is a rich treasure of cultural and historical heritage, generated in the turbulent times of prehistory to the present day. In this pleasant and alternated fertile field were many civilizations – Illyrian, Hellenistic, Roman, and powerful Vojislavljević, Nemanjići, Balshichs, Petrovići during its decades of existence. Different historical trends have left visible traces here of material culture in a variety of archaeological sites, forts, medieval churches and the monasteries, as well as an authentic folk architecture: old roads and mills, unique coastal fishing communities, which for centuries splashed water of Lake Skadar. 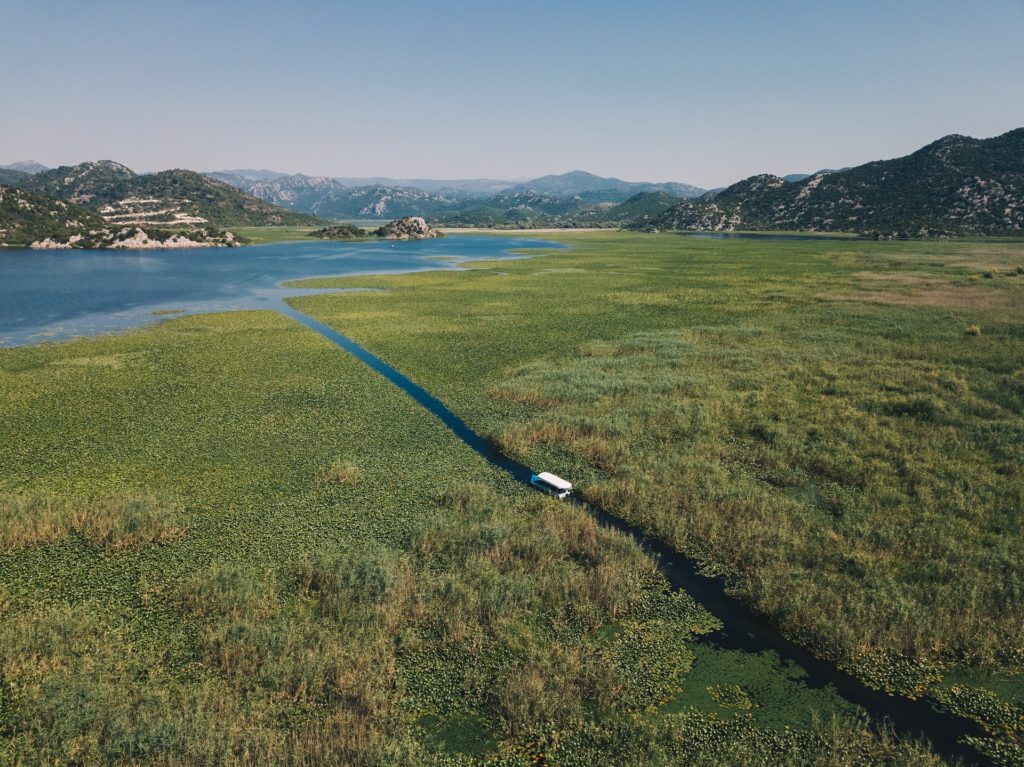 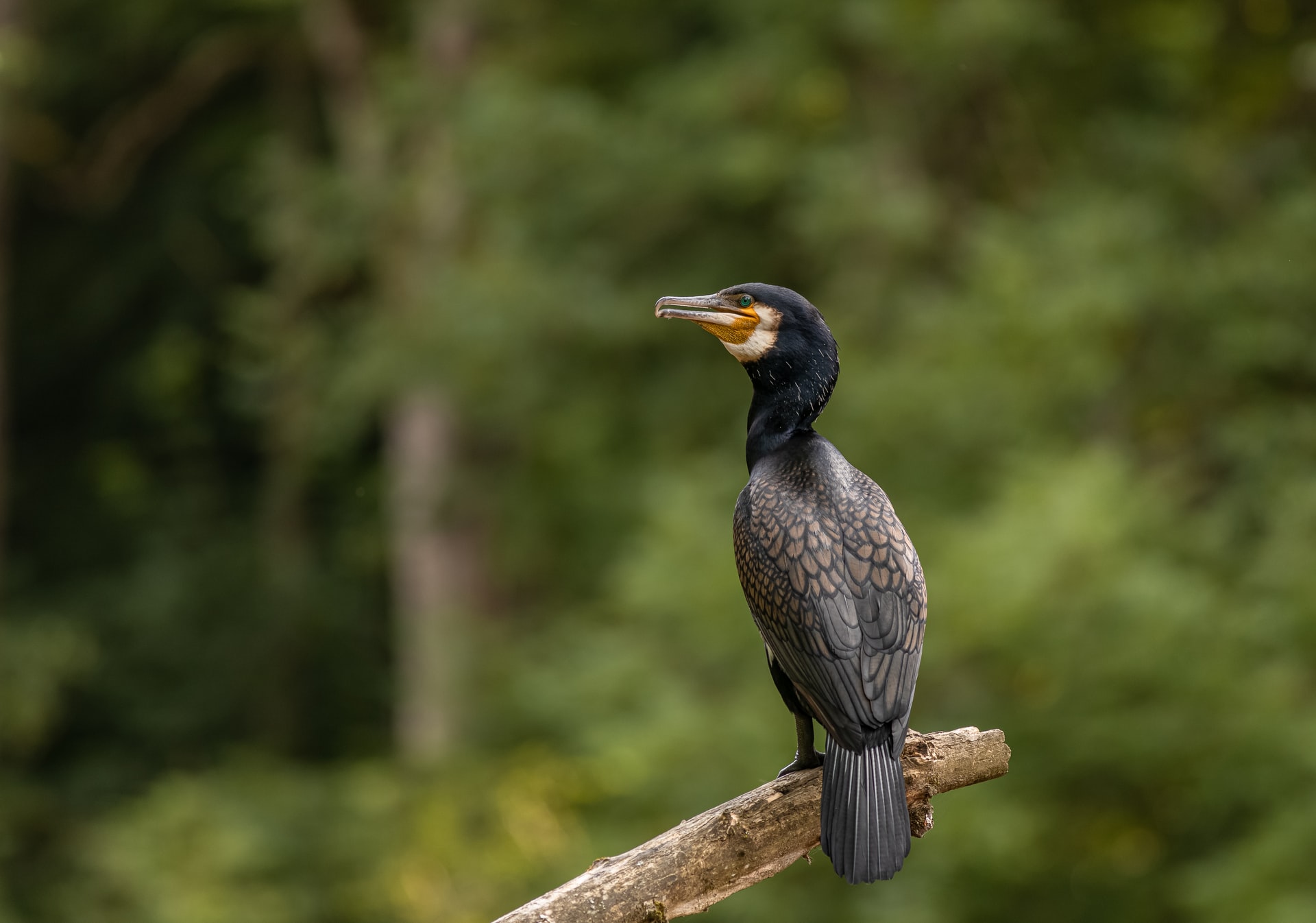 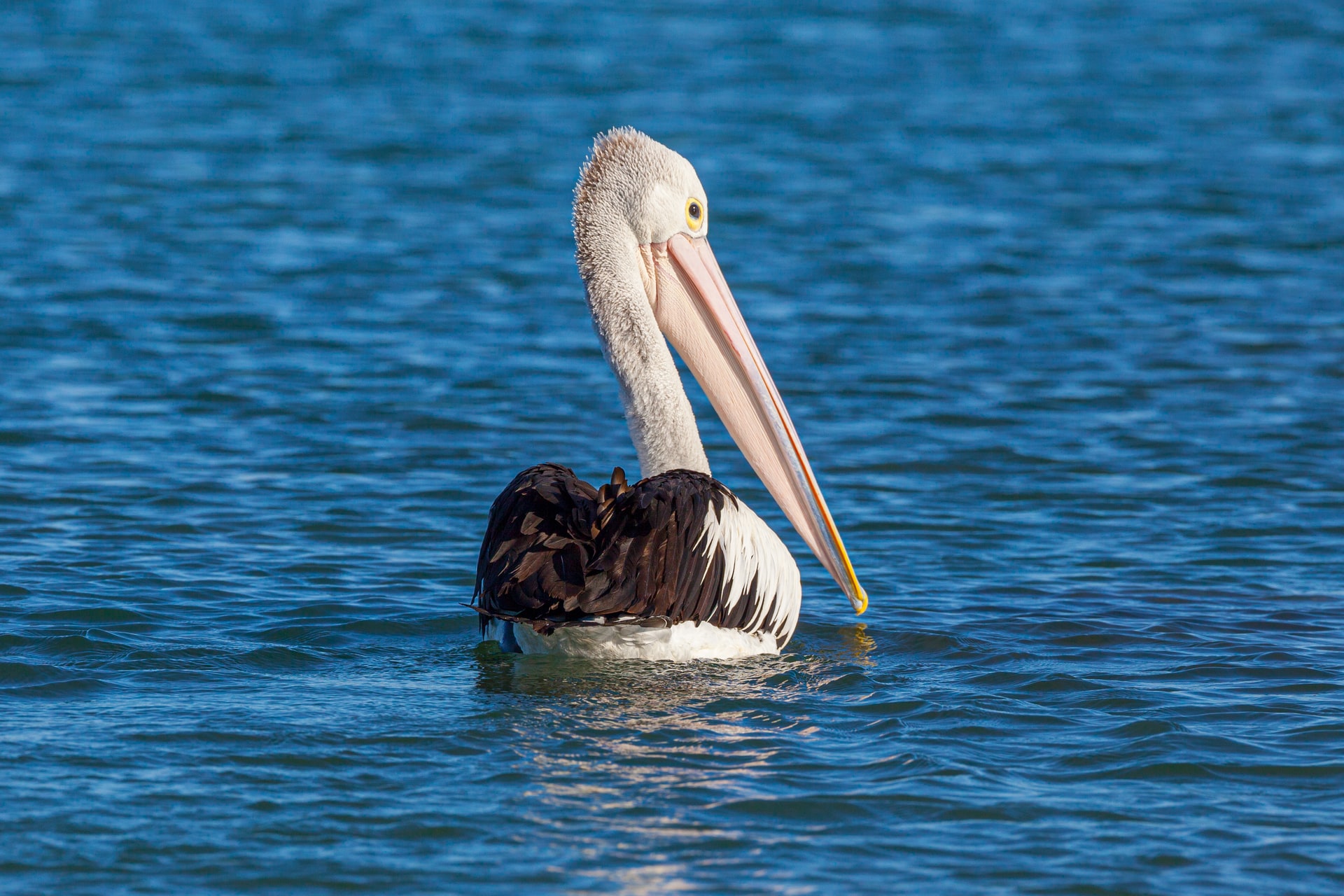 With 281 species of birds, Lake Skadar is the largest ornithological territory in Montenegro. Four towers for bird watching Stanaj, Raduša, Plavnica, Zabljacki meadows and eight organized birdwatching tours for more than an attractive area for bird watchers and nature lovers. Nesting on the Lake for more than 70 species of birds, of which the most important are: Pelecanus crispus, Phalacrocorax pygmeus … This lake is one of the largest wintering birds in the Mediterranean. There are 5 ornithological reserve on Skadar Lake: Monastery deeds, Grmožur, Omer gorica, Black grill, around Pancevo.

Particularly interesting motive for visiting the Lake is Obodska cave located at the source of River Crnojevića. It is most important. In the area of ​​the village of Trnovo are also Grbočica, Bobošuta and Ispila.

Events are part of the offer on Skadar Lake. There are numerous manifestations and each year attracts more and more participants. • Day of ecotourism – ”NP Skadar Lake” will be held in June when it is presented the tourist offer of the Skadar Lake. • Trophy “Skadar Lake” – 13 July organize Sports Fishing Association in cooperation with the National Park; international character. • Days of ecology, tourism, culture and sports are held in several locations of Lake Skadar (Plavnica, Murici, Crnojevica, Žabljak Crnojevića) in July, August and September. • Meetings of “wine-growers, fruit growers and beekeepers” in Virpazar – September • Wine and bleak Festival” and locals gather to exhibit their products. Festival is a competitive event and is held in November – December.

Nature lovers, hikers and environmentalists in the territory of NP can organize excursions. The trails are well marked with info-sheets.

During the summer season it is opened the equestrian center on Lake Skadar, the Virpazar, where you can feel the beauty of riding in nature. Riding trails along the lake and listen to the chirping of rare birds unique pleasure that lures to be discovered. 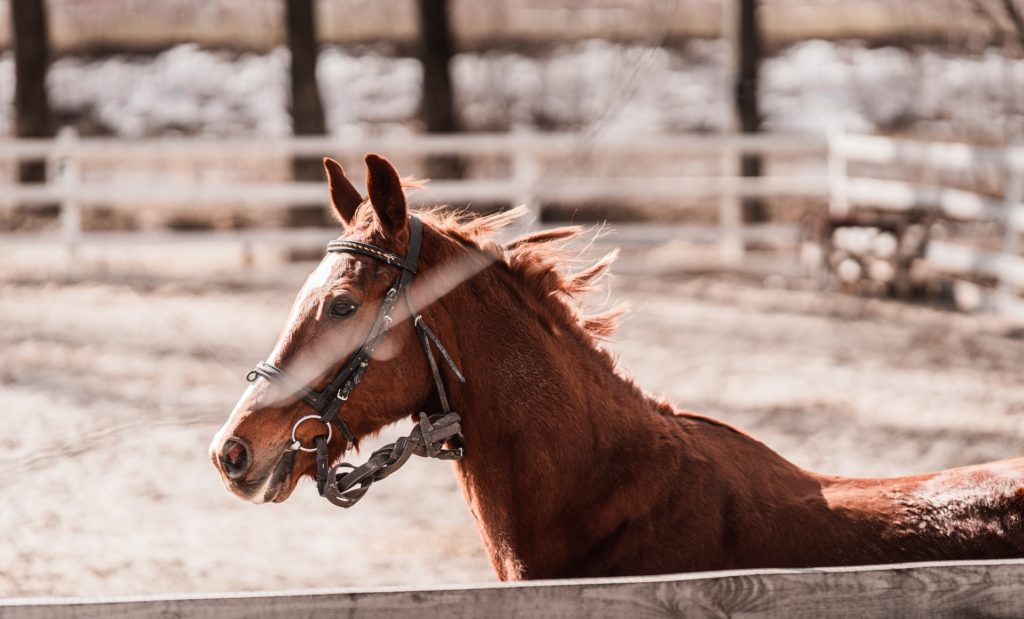