The Municipality of Pluzine covers the area of 858 km 2, divided into six local districts, and consisted of about 60 villages and smaller villages. This area has an irregular elliptic shape, and longer axis is of the meridian line. The borders of the municipality are mostly natural, and the municipality is relatively clearly differentiated as compared to neighboring municipalities. The northeast border is Tara River flow (downstream from the village Nikovica). The municipal area leads to the peaks of the Vucevo, i.e. along Razvođe between the rivers Piva, Drina and Sutjeska. On the northwest borders are peaks Bioce, southern branches Volujak. This is a very high land, with peaks over 2300 m.

Southwest border is directed to Gatacka area and south to Niksic are peaks of Ledenica, Babin Vrh, Smrceva Glava and Gola Strana. These peaks are mainly above 1500 m.

The eastern border of the Municipality is Susicko Lake on Durmitor, which may be considered a borderline of high mountain Durmitor and Piva zone. 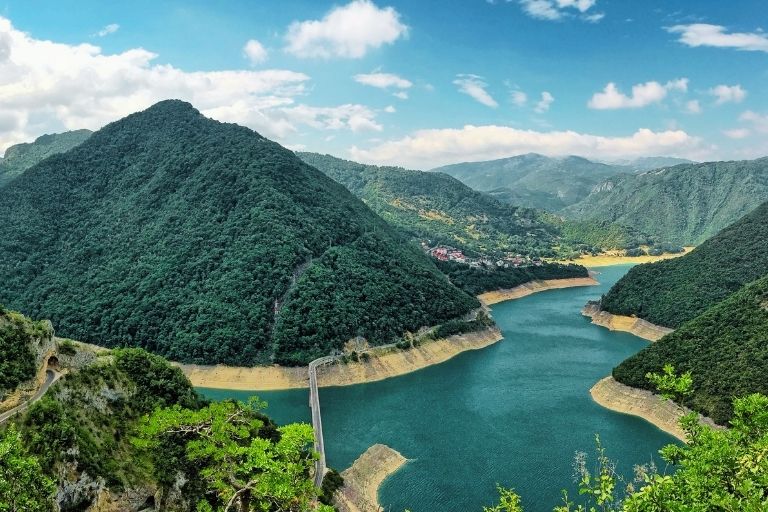 According to historical data Piva as one of the Slovenian parish was part of the first Serbian state, along with the areas around Tara and Lim, and it was formed in the 9th century.

Piva later became part of  Zeta state – in the 10th century. From Nemanja’s period until the fall of Dusan’s empire, Piva is again part of the Serbian state, after that it became part of other states in the following order: state of lord Nikola Altomanovic , state of Bosnian king Tvrtko I, state of lord Sandalj Hranic and finally Stjepan Vukcic-Kosaca (Herceg Stjepan).

The walls of Herceg’s  towns  in Piva, Sokol and Tabangrad withstand the ravages of time. ApaRt from that  the memory of Herceg is  kept in the names of some places such as Herzegovinian side and Herzegovina’s vineyards. However, the name of Scepan field is not created by Herceg Stjepan, but it was  so called before him, by the church dedicated to St. Stjepan.

Piva  at that time,represented  a very important and a  kind of a central area of a large country which it covered: Todjevac (left of the river Sutjeska,) Foča, Gorazde, Prijepolje, Pljevlja, Niksic, Kljuc (near Gacko), Trebinje, Klobuk, Blagaj (near Mostar), Herceg Novi, Risan, and many other areas and towns. Therefore, the traffic in this area was very busy. Dubrovnik’s  and other coastal merchants would come and bring goods to the town,  and take cattle, wax, etc. At that time Piva exported ores, probably copper ores because recent studies indicate that at Scepan Polje, near the Crkvica and Mratinje traces of former mining works are found.

During the Turkish period Piva was enjoying rather wide tribal autonomy and that’s why its status was significantly different  from the status of other tribes and the areas under Turks. Piva always had its Duke and village headmen  who held  almost all administrative and judicial power, and were elected by the people in the rural and tribal meetings. It is interesting that this election  of Piva Duke was confirmed by Turkish sultan himself using a special decree, which indicates a high degree of autonomy.

But despite such a status, citizens of Piva very often stood  up against Turkish authority. The first of the major rebellions  broke out in these areas at the end of the 16th century under the leadership of Duke Grdan. Battle – field of this rebellion was not only Piva but also the area around Niksic. Later in mid 17th century, the struggle against the Turks produced one of the greatest figures of the resistance and liberation in this region, Bajo Nikolic – Pivljanin that in 1685 year dies on Vrtijeljka defending Cetinje.

The largest and the last rebellion  against Turkish authority was in 1875 (Nevesinjska gun). Very important person in this rebellion was  Socica Lazar, later Duke of Piva, who was one of the most respectable leaders of rebellion. Apart from the whole Herzegovina this rebellion covered unliberated  areas of Montenegro. After these battles, Piva became part of Knjaževina Montenegro as it was decided at  Congress of Berlin in 1878.

In the People’s Liberation Movement in the 1941-1945, Piva was the scene of major battles, especially in 1943, in the days of the Fifth Enemy’s Offensive.

During the Fifth Enemy Offensive, 1943, the inhabitants of Piva were exposed to a  beastly terror of the enemy army, notorious Ustasha – German division ”Prinz Eugen”. Only in the area Dola above the village Miljkovci, Germans suddenly killed about 400 men, women and children.

Piva  Monastery is situated above the river Sinjca, and its construction began in 1573 and lasted until 1586. It is raised by Herzegovinian Metropolitan,  who later became  Patriarch Savatije of Pec. With the construction of hydro – electric power plant  ‘Piva’, monastery was transferred stone by stone to the current location. Its rich treasury of well-preserved 1260 m 2 of frescoes testify  that church and spiritual center with all its splendour existed there in the past..

Activities in the field of culture are modest and at the level of overall development.

In the village Pluzine there is a Cilture Centre with a wide content.  Its size is about 720 m 2, modern, and meets the needs of the population of the city. It is equipped with cinema hall, a library, TV lounge and club for young people. 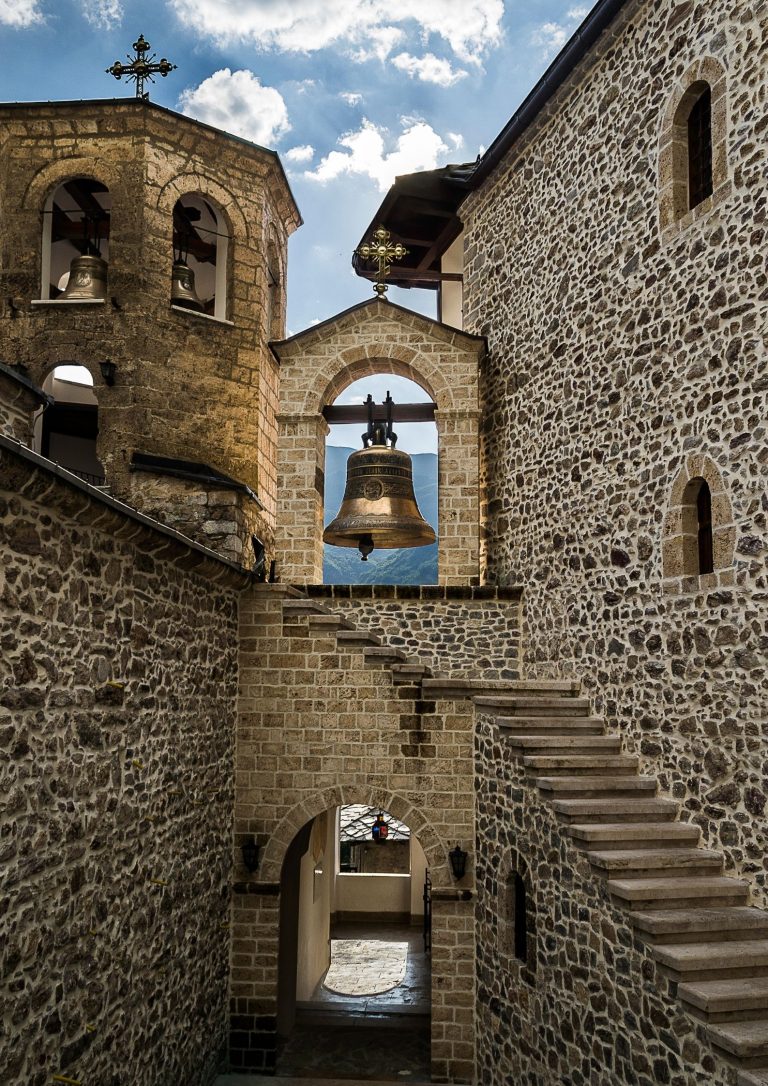 In rural areas these facilities are modest as well as the activities. The most common form of cultural events are occasionally gatherings of villagers in Youth Centtres  built in several villages of this region. These Centres  are generally multifunctional and very important for rural areas, because they represent the only gathering places for residents.

From cultural events that take place every year in this area are:
– Poetic word on the source of Piva river,

– ”Tara without limits ” and
– Days of mountain flowers.